I put off writing this section for a long time.  The reason is the complexity.  Anyone planning to attempt this, should really weigh through the issues first: 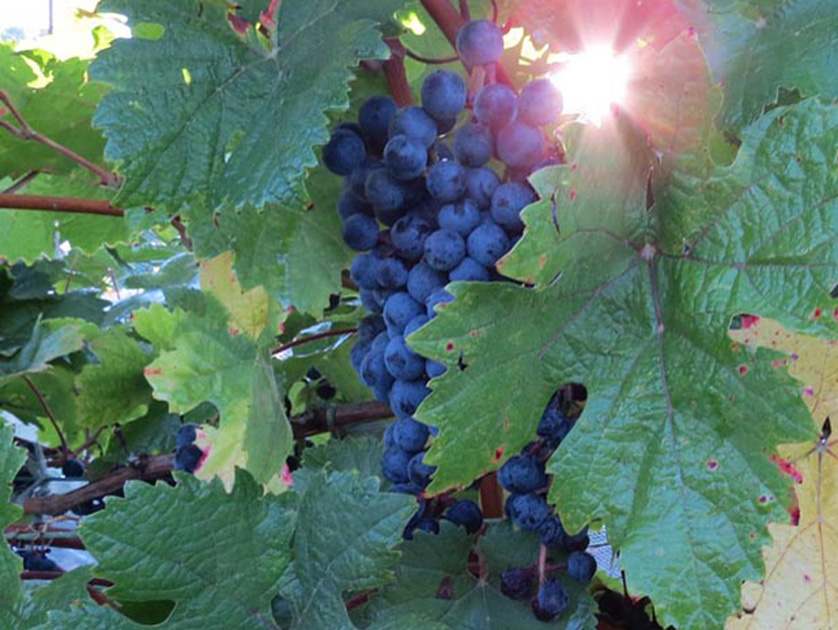 Spraying  This issue has been our biggest challenge.  We originally (and very naively) believed we could have an organic vineyard in Missouri.  Our growing season is warm and humid, the perfect climate for abundant challenges.   After failing again and again and again, we finally recognized that we could either have an organic vineyard OR we could have a grape crop.  So now we spray as necessary, but as minimally as possible.

Most sprays are not tested for having animals grazing the vegetation, so that information is usually unknown.  If there are documented studies, they tend to focus on whether the animals can used for meat consumption.  That is not my concern, of course.  My concern has always been for the health of the actual sheep and their offspring.  My sheep tend to live their full lives (they aren’t culled by age 7 as most meat sheep are) so I’m acutely aware of their longer lifespan, and that my ewes will be pregnant 5 months of each year. 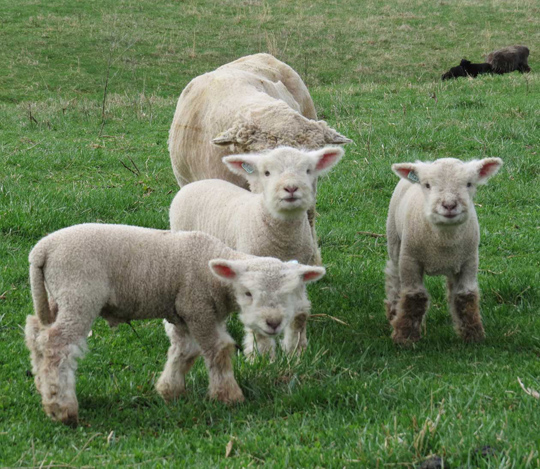 I’ve decidedto always err on the side of caution.  If I have any doubts, the sheep do not graze there.  We mow instead.

I should also mention that in organic vineyards, copper is a popular ingredient of sprays (YES, organic vineyards usually use sprays too!  That was an eye-opener for me). Copper can be fatal for most breeds of sheep, so should not be added to their diet.  In fact, any grains formulated for sheep will be very low copper while most other species have copper added to their feed.  The reason is that copper builds up over time in the liver of a sheep, until it reaches a certain level and then it will “dump” into their system.  It is considered hopeless to save a sheep when this happens.  Since copper sprayed in vineyards will also end up in the soil, it will continue to be a potential problem in the vegetation grown there.

So ANY spray that lists copper as an ingredient, shouldn’t be used in a vineyard grazed by sheep.

Height  Our Babydoll Southdown sheep typically graze up to 39″.  When they are young (under 2 years) many are agile enough to get up on their back legs to reach higher.  Once mature and heavier, most stay planted on their four legs and simply stretch their necks to reach up.  They do a wonderful job of cleaning up the vegetation, both on the ground and the vines above.  Anything between will be eaten!

We set our cordon wire at 46″ and that seems to work well.

Babydolls don’t typically eat bark.  Sometimes one will rub against a vine, but they don’t do the damage to trunks like some breeds of sheep or goats.

Timing  In the spring during bud break, the sheep will consume everything they can possibly reach.  New vegetation is very tasty to them.  So any new vines not up to the cordon wire will quickly be eaten.  In fact, any new vines are very attractive to them, so these sheep should only be put into an established vineyard.

The other time they NEED to be moved out is when the grapes start to ripen.  Believe me, they will know the minute they start to taste good, and they will be good at pulling bunches lower so more can be eaten.

After harvest and all through the winter, they are wonderful for getting everything grazed back down. 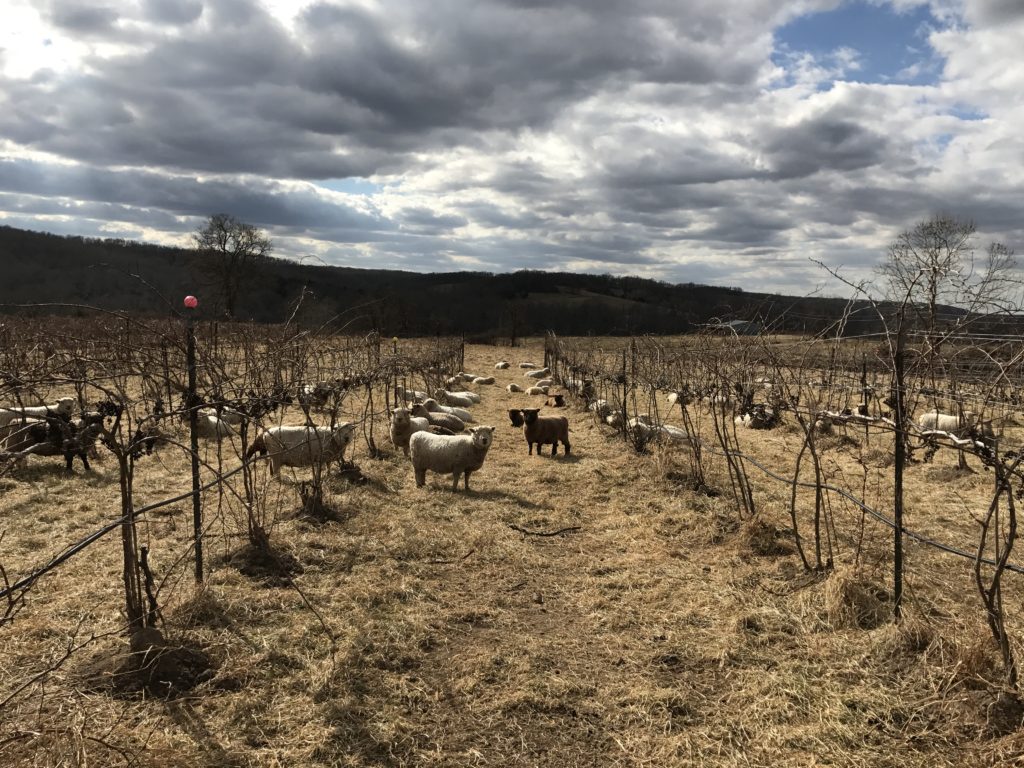 Care  As you’ve figured out, in addition to the vineyard, the sheep will need another pasture to graze without spray drift.  They will need shelter (shade in the summer, shelter during storms and winter).  They need fresh water daily, no matter where they are.  They need minerals available that are formulated for sheep.  They need protection from predators.  On a practical level, this means that if a stray dog can get to them, you have a problem!  They will need yearly shearing and regular hoof trimming.

If you have sheep you plan to breed, the ram(s) can often be problematic around people.  So it is usually best to have the rams live in a separate area (with their own shelter, water, etc.).  You will also need to manage lambing season, which tends to happen in the spring at the same time as many tasks are done with the vines.  Handling both tasks can easily become overwhelming!

My advise is to use wethers (neutered males) in the vineyard.  They tend to be friendly, so are usually delightful to work around.  Since they aren’t used for breeding, sprays are not quite so worrisome, although you’d still want to be very careful.  Wethers are much less expensive and typically live around 12 years or even longer, so they will eat quite a bit of vegetation for you.  They will also give you a fleece each year.

Conclusion:  Yes, Babydoll sheep can help with vegetation control in the vineyard.  But it is not as simple as it would initially appear.  Both the vines and the sheep need proper and ongoing intensive management and care so they can be beneficial for each other.