The Southdown is generally credited with being one of the oldest breeds of sheep, and are the grand ancestor of the other Down breeds. They originated in the South Downs of Sussex county, England.  In their unimproved state prior to the end of the 18th century, they possessed several qualities that were not combined within any other breed in England. They produced a relatively good fleece of fine, high priced wool, their hindquarters were heavier than the front (providing flavorful meat), and they could thrive on low nutritional heathland.

Early literature suggests that Southdowns were among the animals brought into the English colonies as early as 1640, and some historians believe these were the first sheep arriving in 1609 to the Jamestown Colony in Virginia. Governor Winthrop, the early Connecticut governor is said to have acquired a flock of Southdown ewes in 1648.  During the 16th and 17th centuries, England tried to discourage the wool industry in the American colonies. Nonetheless, colonists quickly smuggled sheep into the States and developed a wool industry. By 1664, there were 10,000 sheep in the colonies and the General Court of Massachusetts passed a law requiring youth to learn to spin and weave. By 1698, America was exporting wool goods. England was outraged and made wool-trading or sheep-trading in the American colonies illegal and punishable by having one’s right hand cut off!  So spinning or weaving was an act of patriotism.  Wearing clothing crafted of American woolens was done with pride.

The restrictions on sheep raising and wool manufacturing, along with the Stamp Act, led to the American Revolutionary War. Even after the war, England enacted a law forbidding the export of any sheep, but wethers. George Washington raised sheep on his Mt. Vernon estate. Thomas Jefferson kept sheep at Monticello. Presidents Washington and Jefferson were both inaugurated in suits made of American wool. 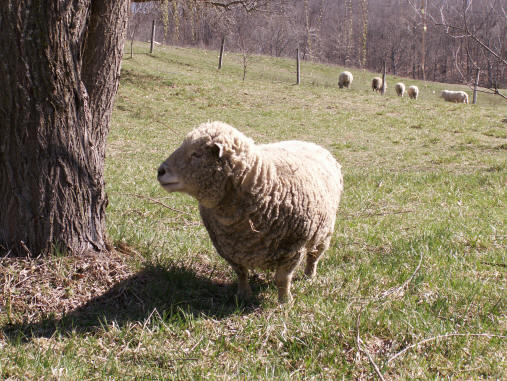 Back in Brittan, John Ellman began to standardize the Southdown breed in 1780, bringing it to new heights of meat productivity and early maturity which claimed the attention of sheep men throughout the country. By the late 1790’s, the improved Southdowns had become the most important breed in England. They were infused into every meat breed in Brittan, and they contributed to the foundation stock of other down breeds: Suffolk, Hampshire, Oxford, Dorset Down, and Shropshire. 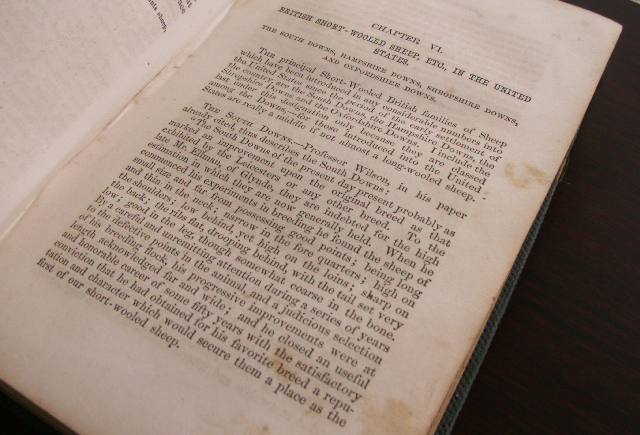 Thomas Coke (later Lord Leicester) and the Duke of Bedford, who both organized the famous agricultural gatherings known as “Shearings’ on their estates at the beginning of the 19th Century, were Southdown enthusiasts. In 1802 the Duke of Bedford paid Ellman the astronomical sum of 300 guineas for the use of one ram for one season. 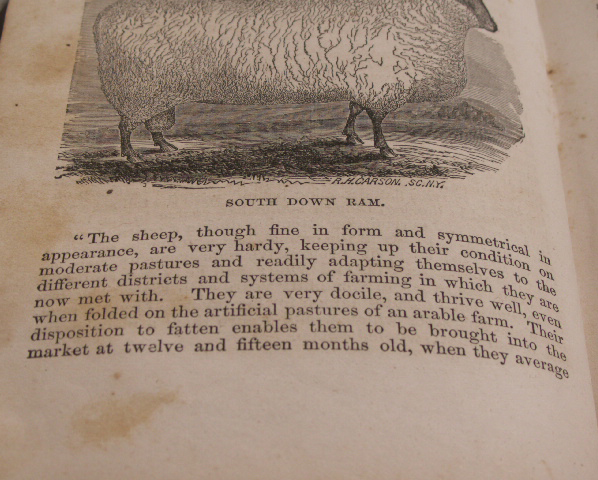 Documented importations of these small, chunky Southdowns were made into the United States from 1824 to 1829 from John Ellman’s English flock.  They grew in popularity in both England and America, and by 1908 there were approximately 367 registered flocks, totaling about 111,000 ewes. 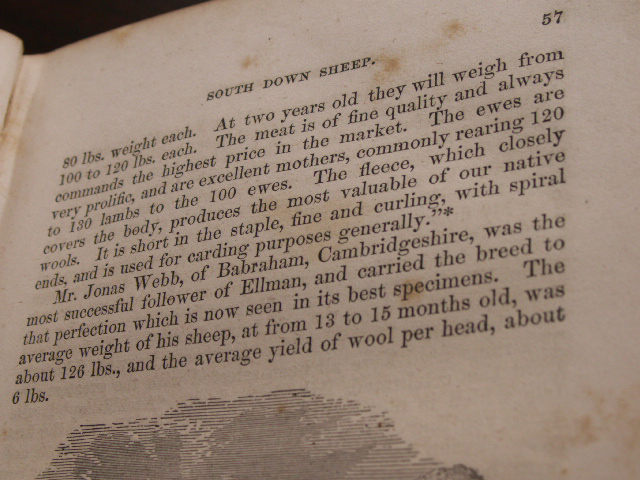 World War 1 brought a sharp decline in numbers and by the end of World War 11, the demand for larger cuts of meat had almost forced the breed into extinction. As time went by, refrigeration and storage of meat had became easier.  The smaller animal was once valued because a family could consume one in a short period of time without waste, but the convenience of electricity-run freezers changed that.  There was also a move away from the self-sustaining family farm to high production facilities concentrating on one product.  By the 1960’s, producers and consumers desired larger carcasses due to the notion, “Bigger is Better!”, and the smaller sheep were crossed with the larger New Zealand Southdown sheep to produce the larger, leggier sheep known as the American Southdowns of today. Around 1980, New Zealand Southdowns were also imported to the UK, to increase the size of the Southdown flocks there.

Around 1990, Robert Mock began a search for the remaining small sheep in the U.S. after having read articles about them.  After a difficult search, he eventually found two small flocks of the original smaller type Southdowns.  After finding these, and promoting them as miniature sheep, others were found in various parts of the country, providing a larger gene pool.  He labeled them Olde English “Babydoll” Southdowns to differentiate them from the larger modern Southdown.  He also formed a sole proprietorship registry to register these sheep.  Only adults two years and older were accepted so they could be judged against the original conformation standards and heights then verified by a veterinarian.  The Foundation Flock was then established. 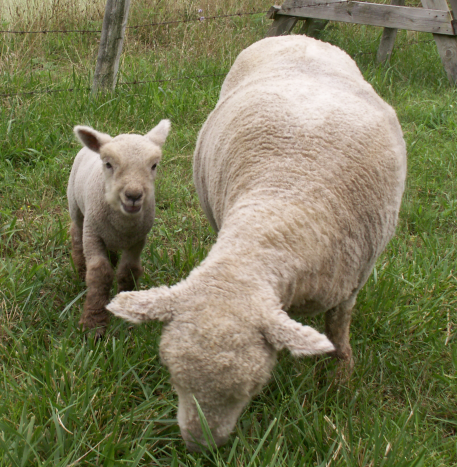 Numbers grew and eventually some Babydoll Southdown Sheep fanciers envisioned a publicly-owned, board-governed Association and Registry.  On June 10, 2003, the North American Babydoll Southdown Association and Registry (NABSSAR) was formed and became certified as a non-profit corporation. This registry has grown steadily since then, actively promoting Babydoll sheep and supporting its registry members in many ways.

Those of us enjoying these little sheep have much appreciation for the forethought and efforts of others that gave the small Southdown a place in the world of sheep today.  Our Babydoll flock has registrations with both the Olde English Babydoll Southdown Sheep Registry – OEBSSR (the registry started by Robert Mock, which the Self family now own and maintain) and also with the North American Babydoll Southdown Association and Registry (NABSSAR).